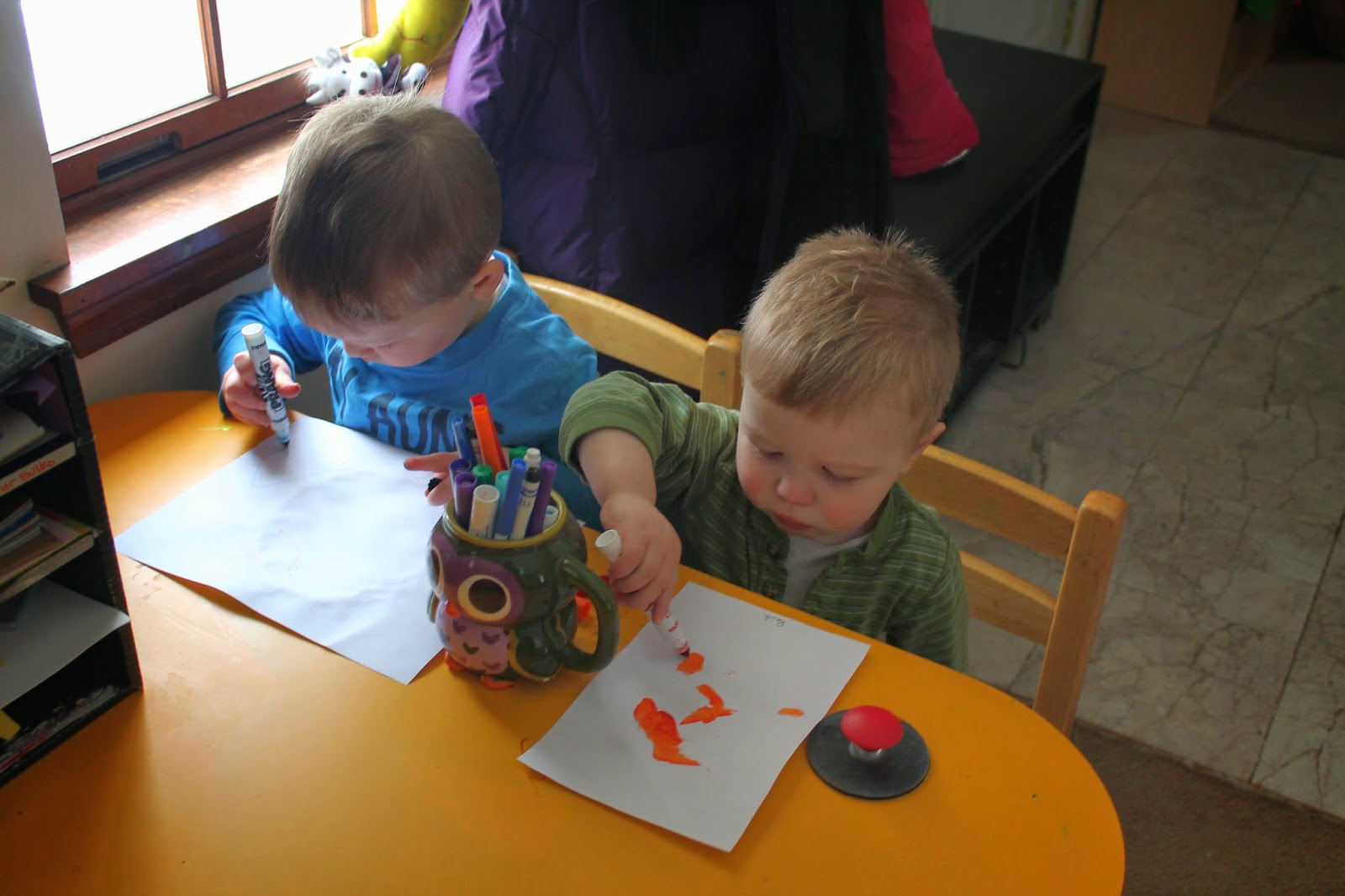 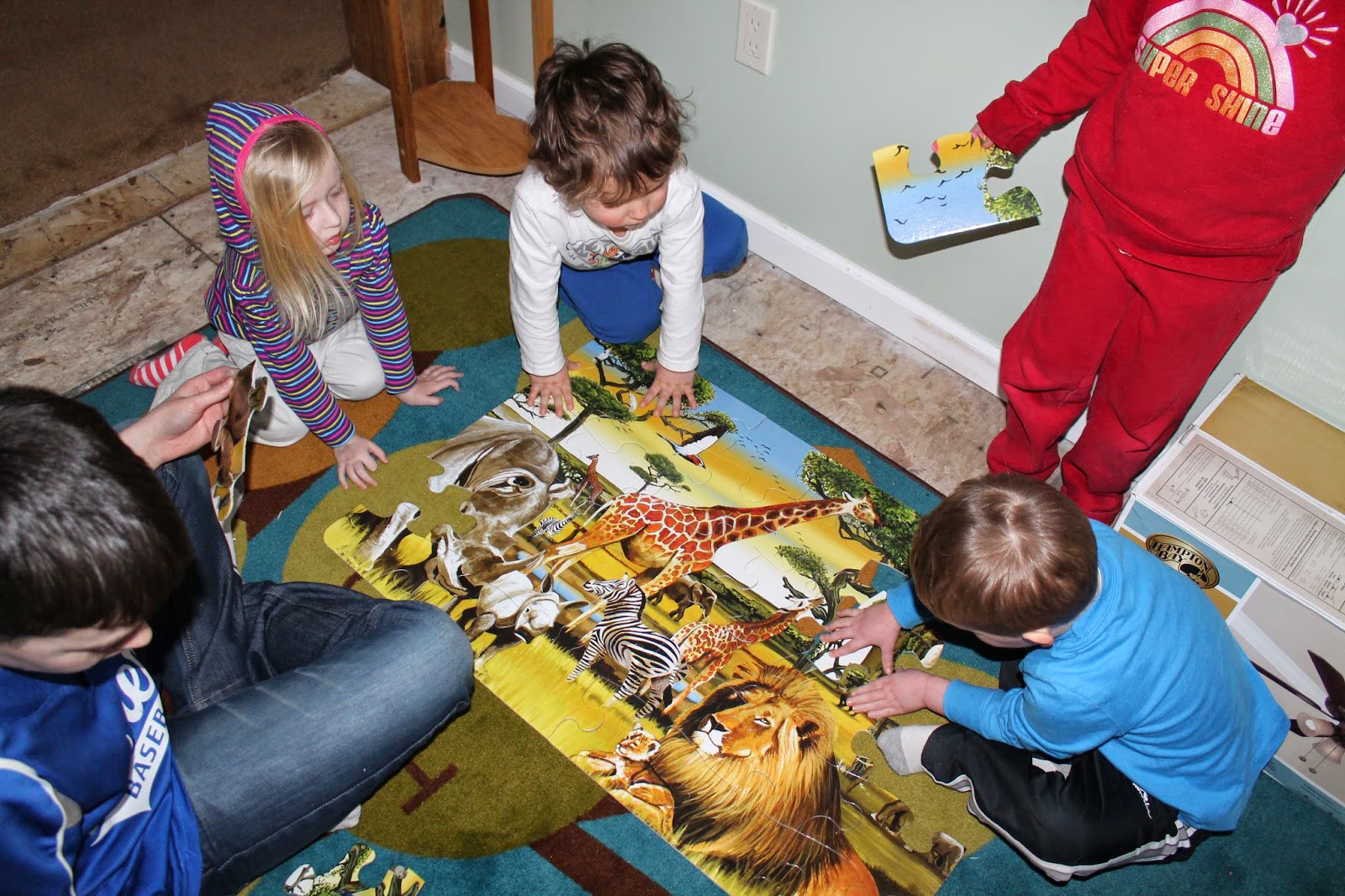 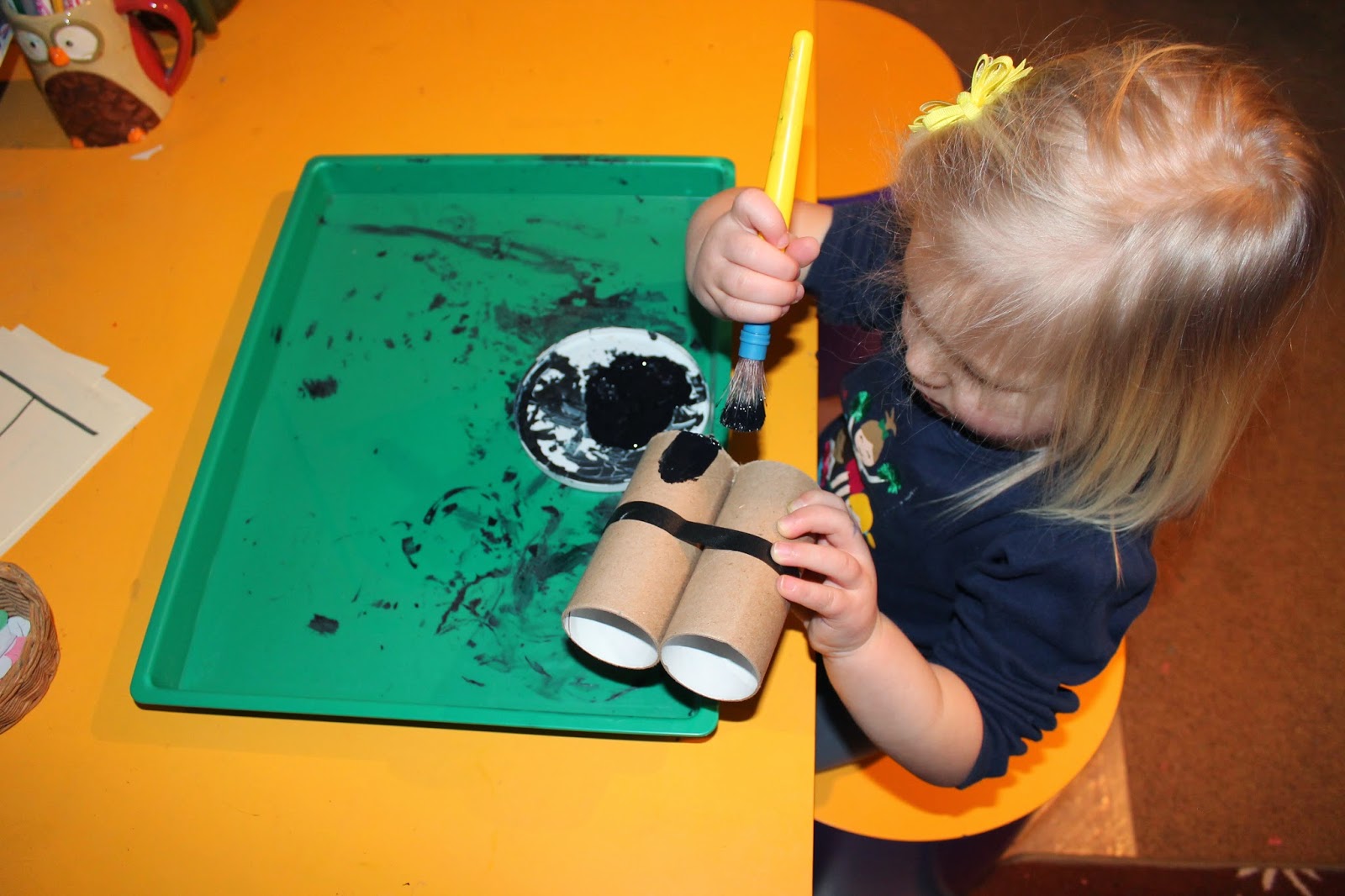 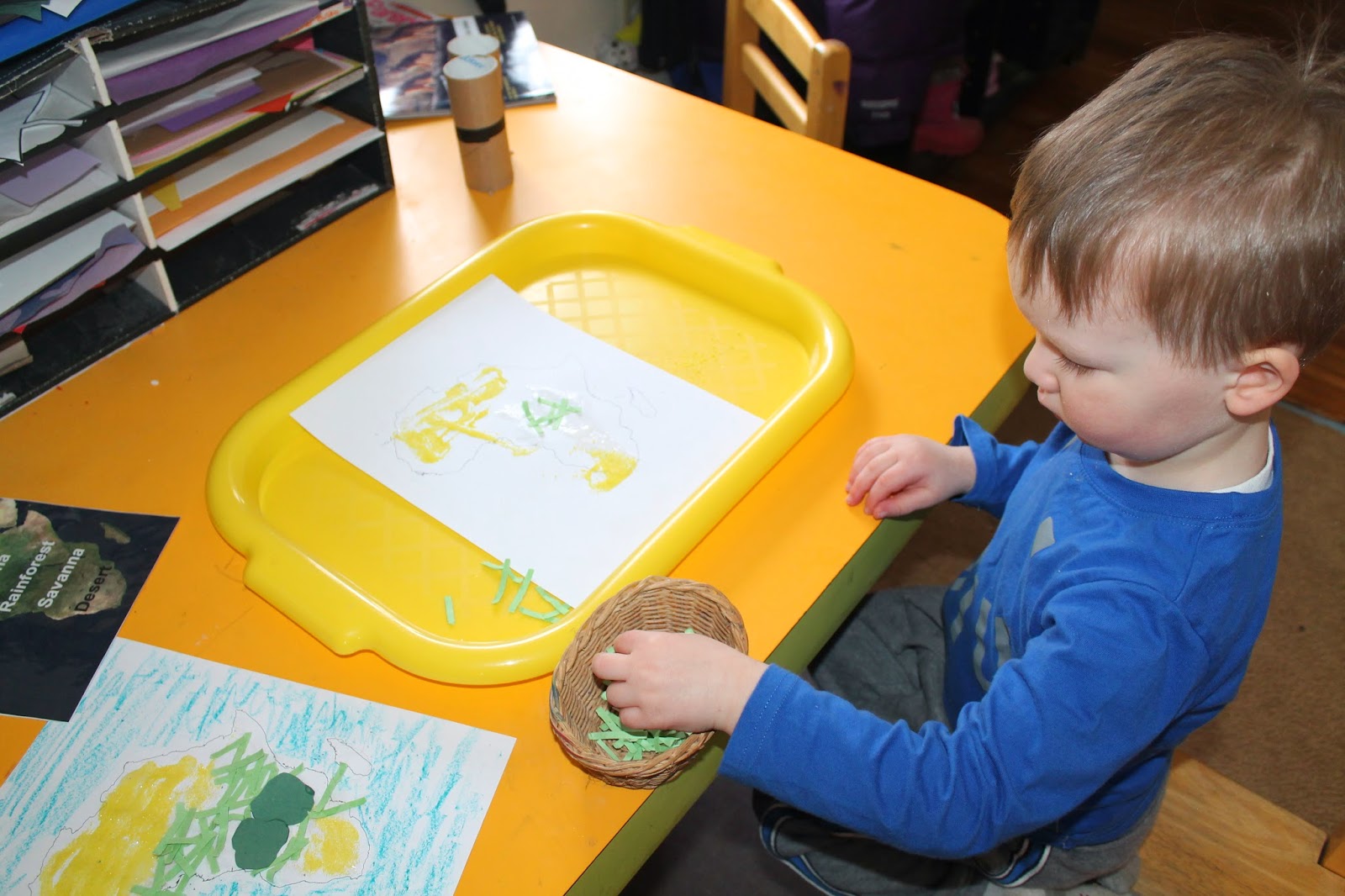 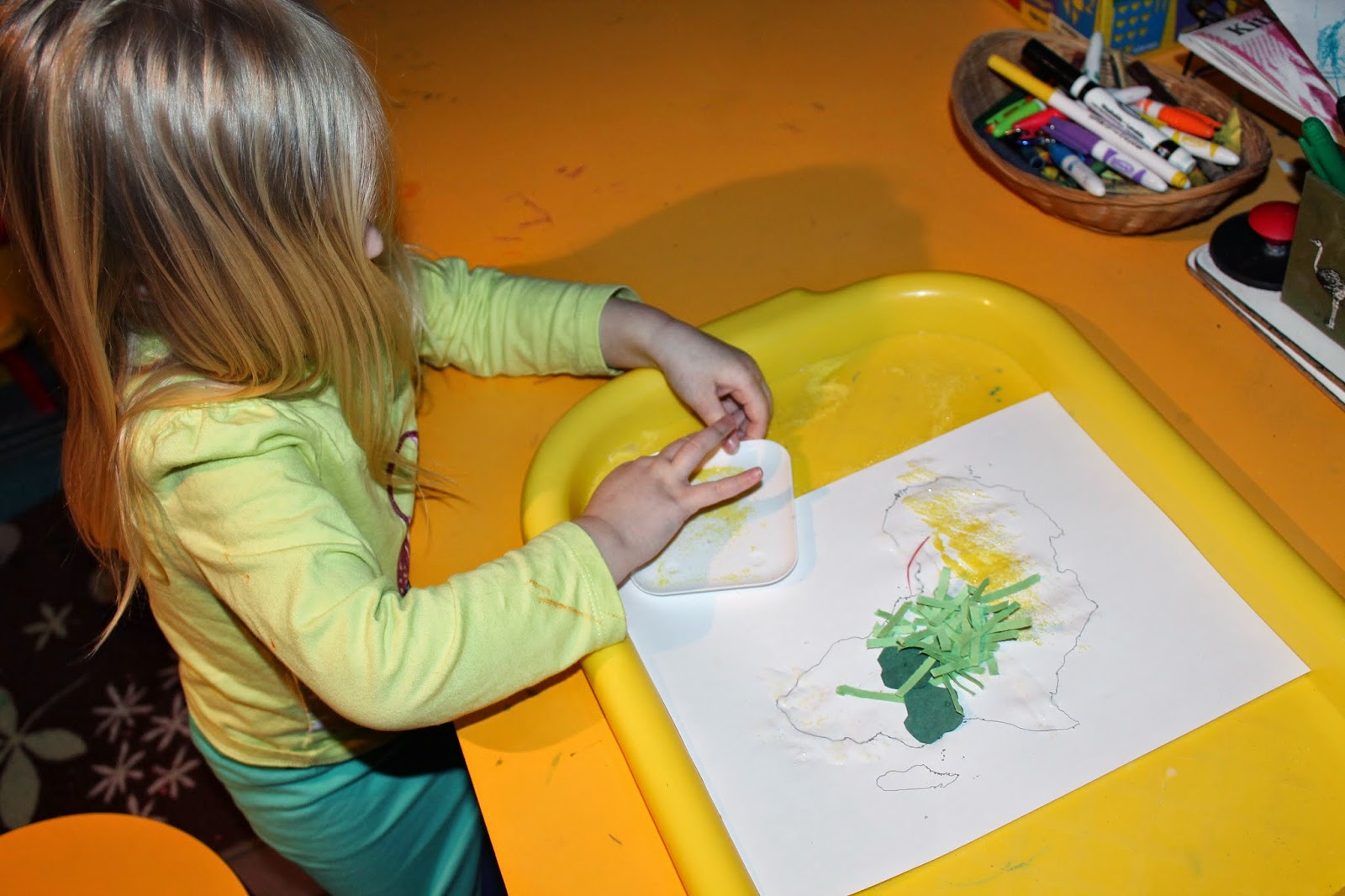 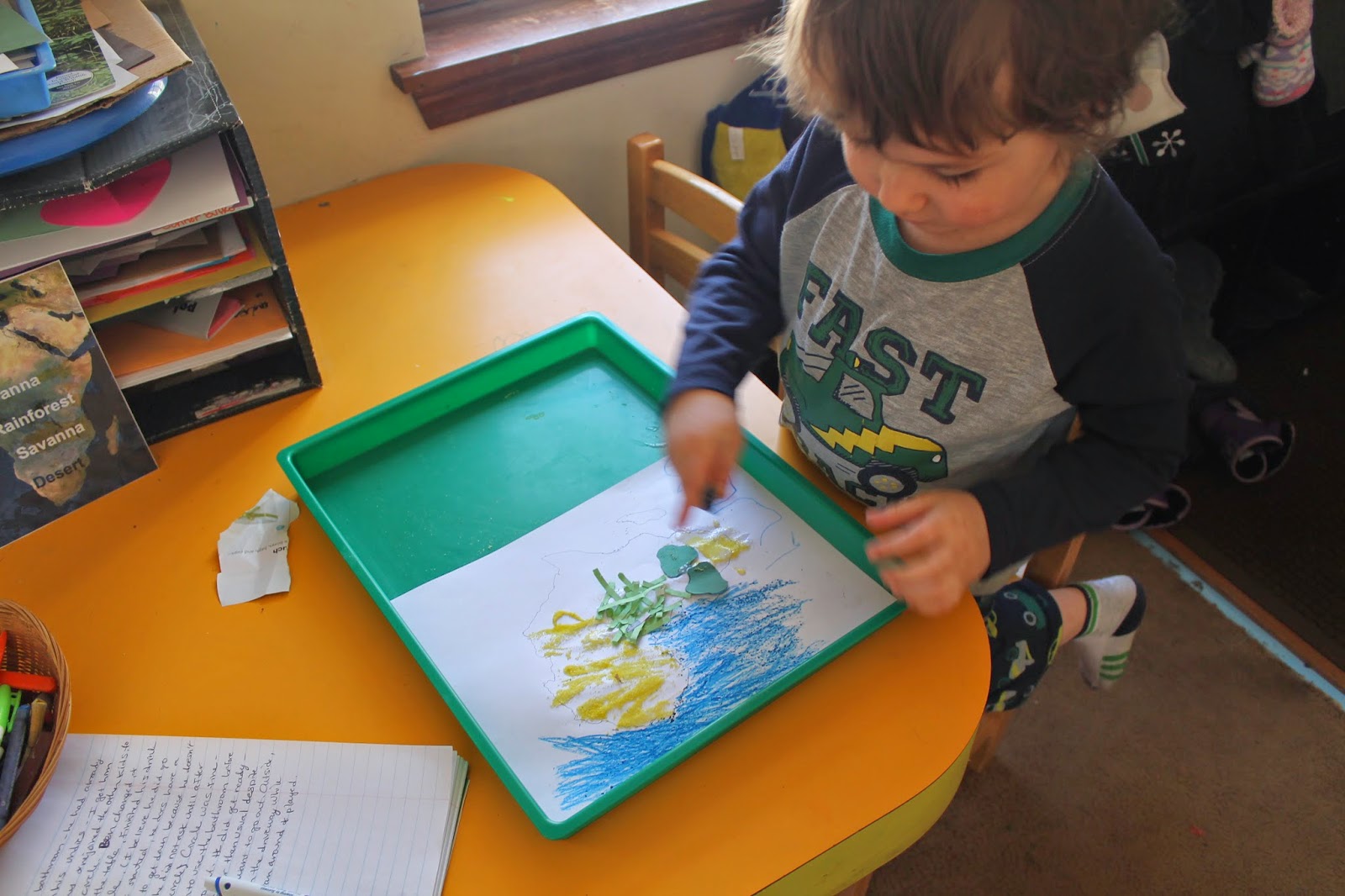 One of the things we learned was that there are 3 different climates on the continent of Africa.  There is desert, grasslands called the Savannah, and the rain forest.  Africa is home to the world's largest desert; the Sahara.  The children each got a map of Africa and they glued yellow sand at the top for the desert; shredded green paper in the middle for the Savannah; and dark green leafy treetops for the rain forest.  Then they used a blue crayon to color the ocean around the continent of Africa. 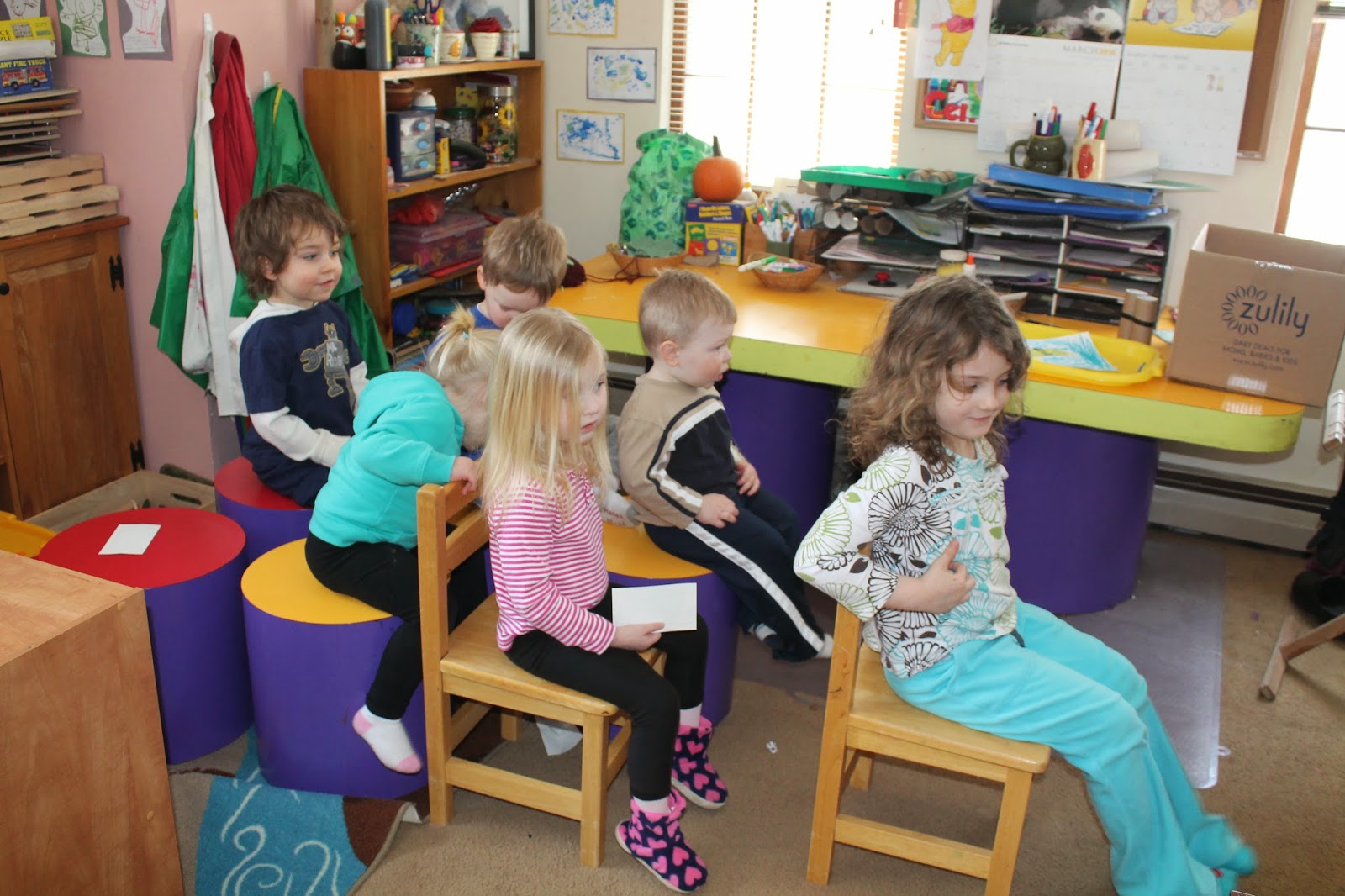 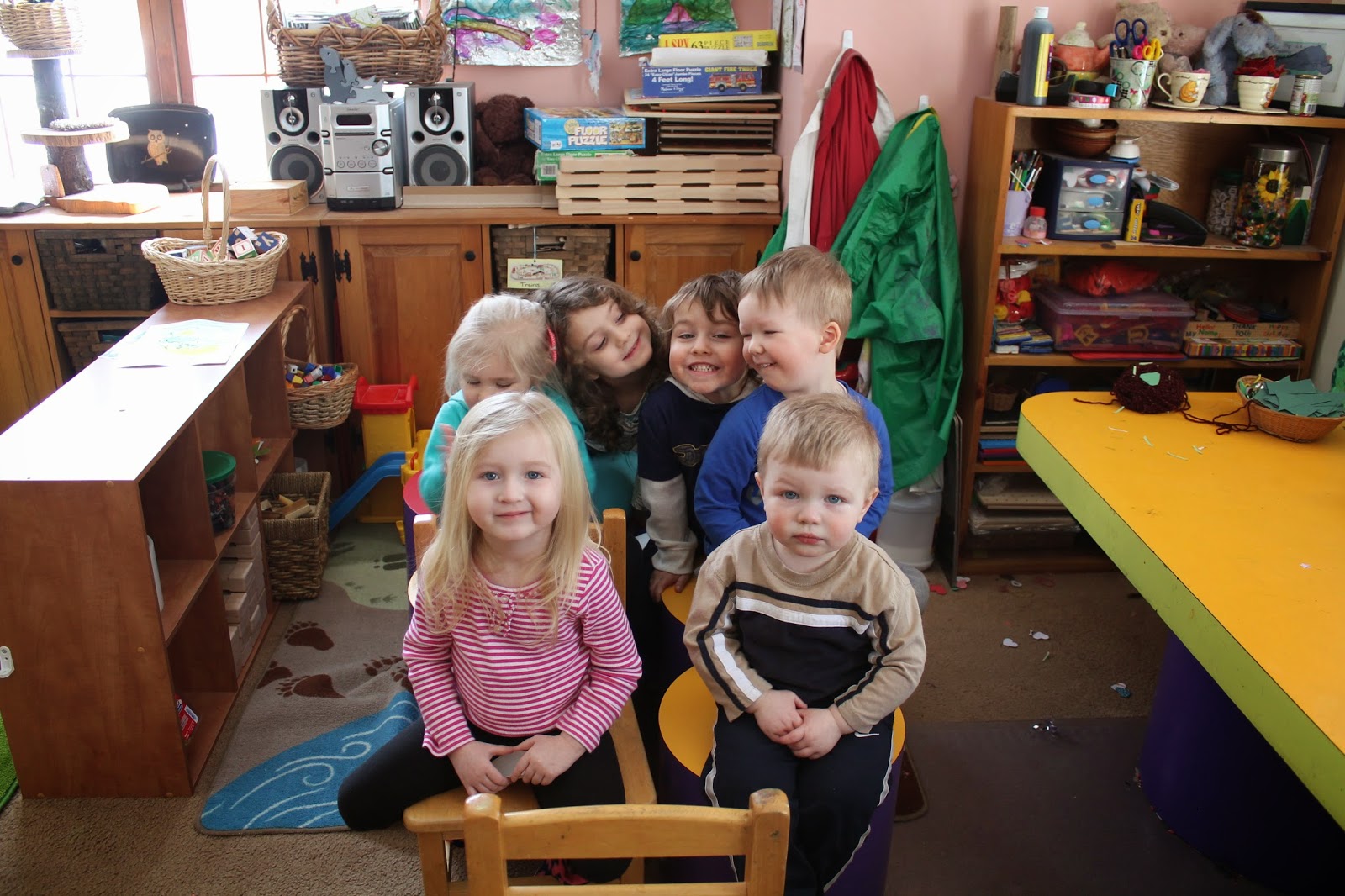 Here we are on the airplane traveling over land and ocean to Africa!  The children took turns being the pilot. 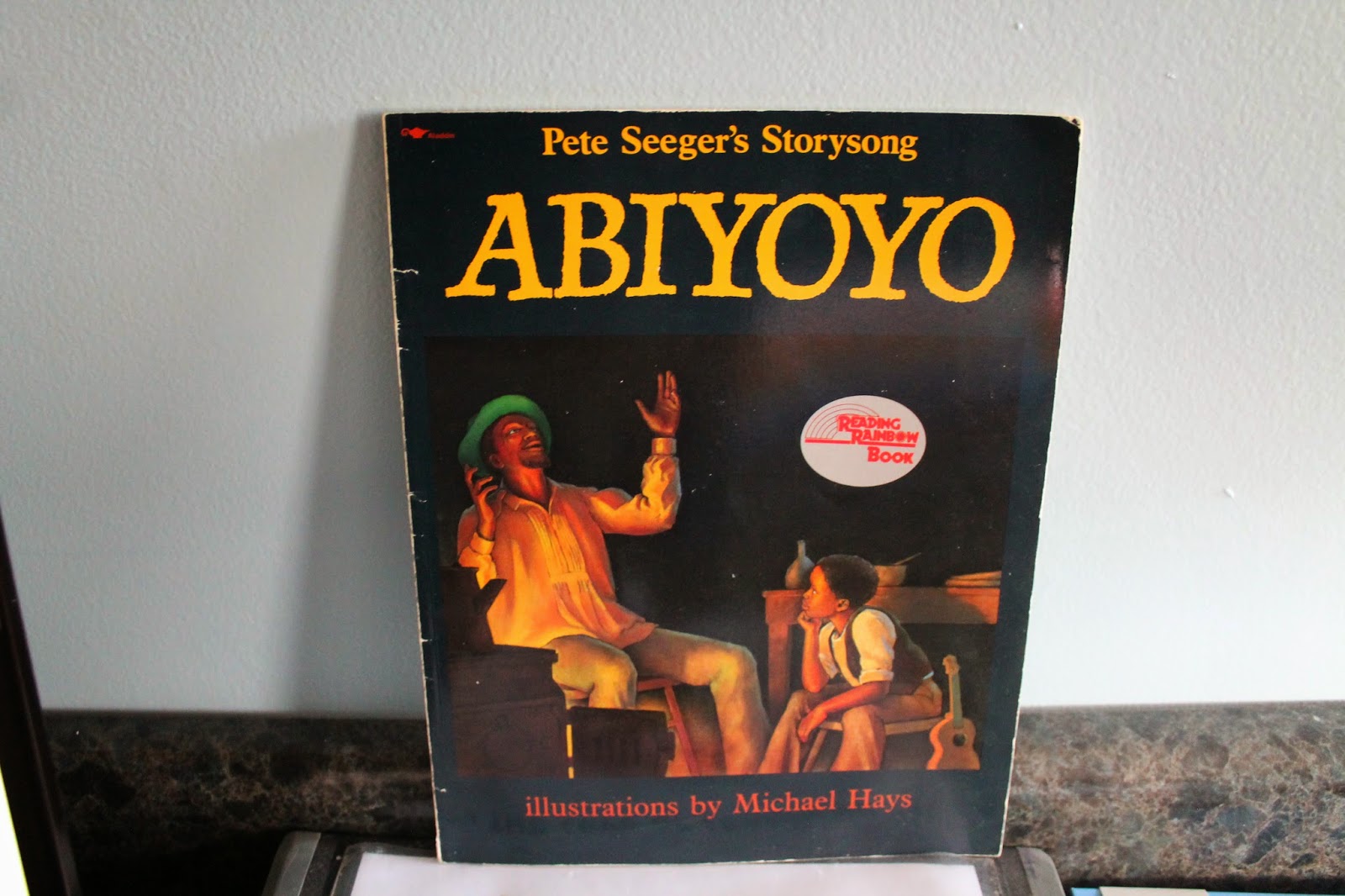 Once we were in Africa, we visited a village and learned that in the evenings, villagers often gathered to tell and listen to stories in front of a fire.  We were fortunate enough to be able to take part in this one evening.  The story told was based on an old African folktale.  It was called Abiyoyo.  After the first telling, it was repeated many times over our trip.  The children also acted out the story like a play. 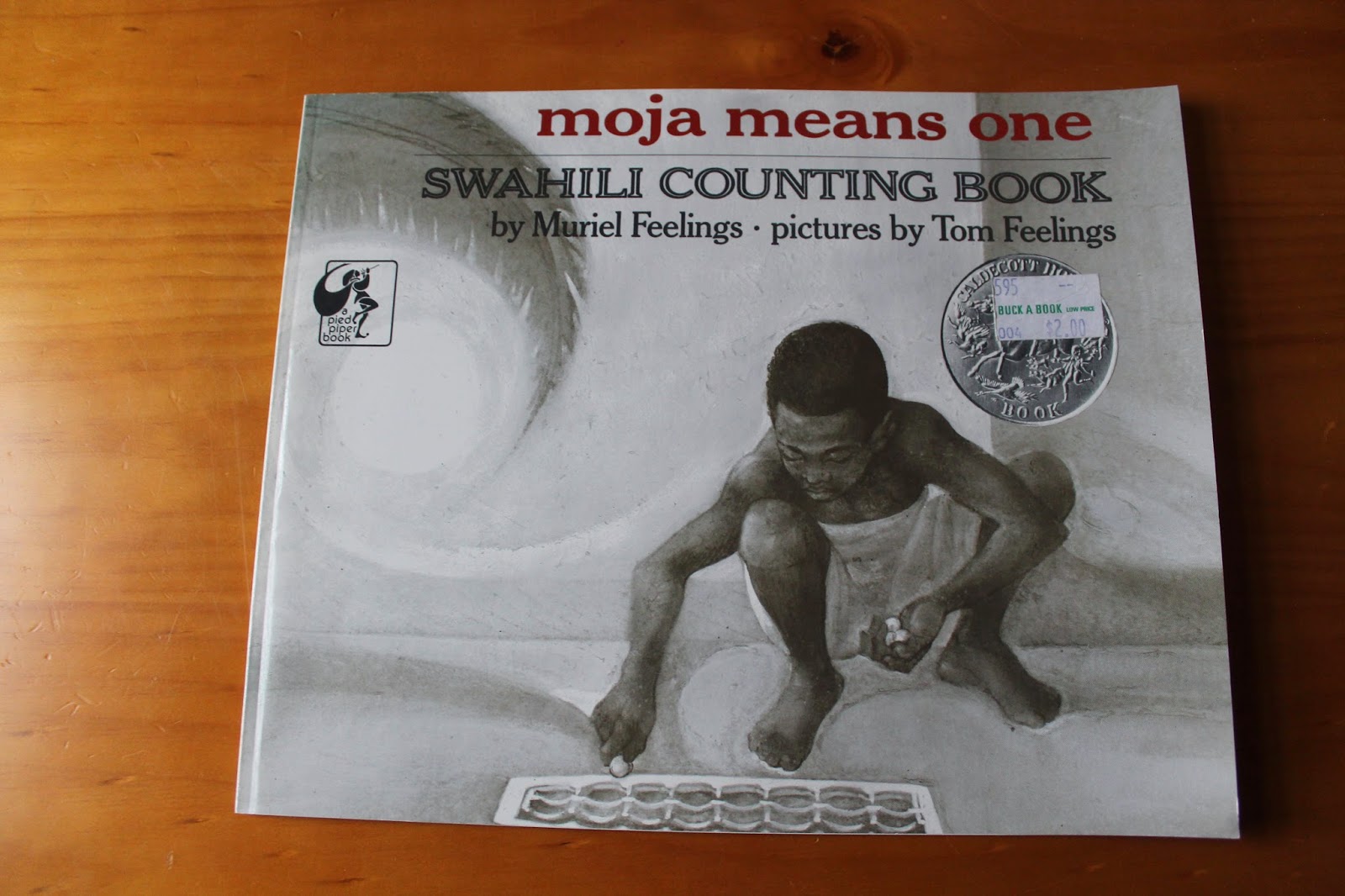 The children also learned that people speak in different languages in Africa.  One of the languages is Swahili.  We practiced counting in Swahili with the help of this book called Moja means one. 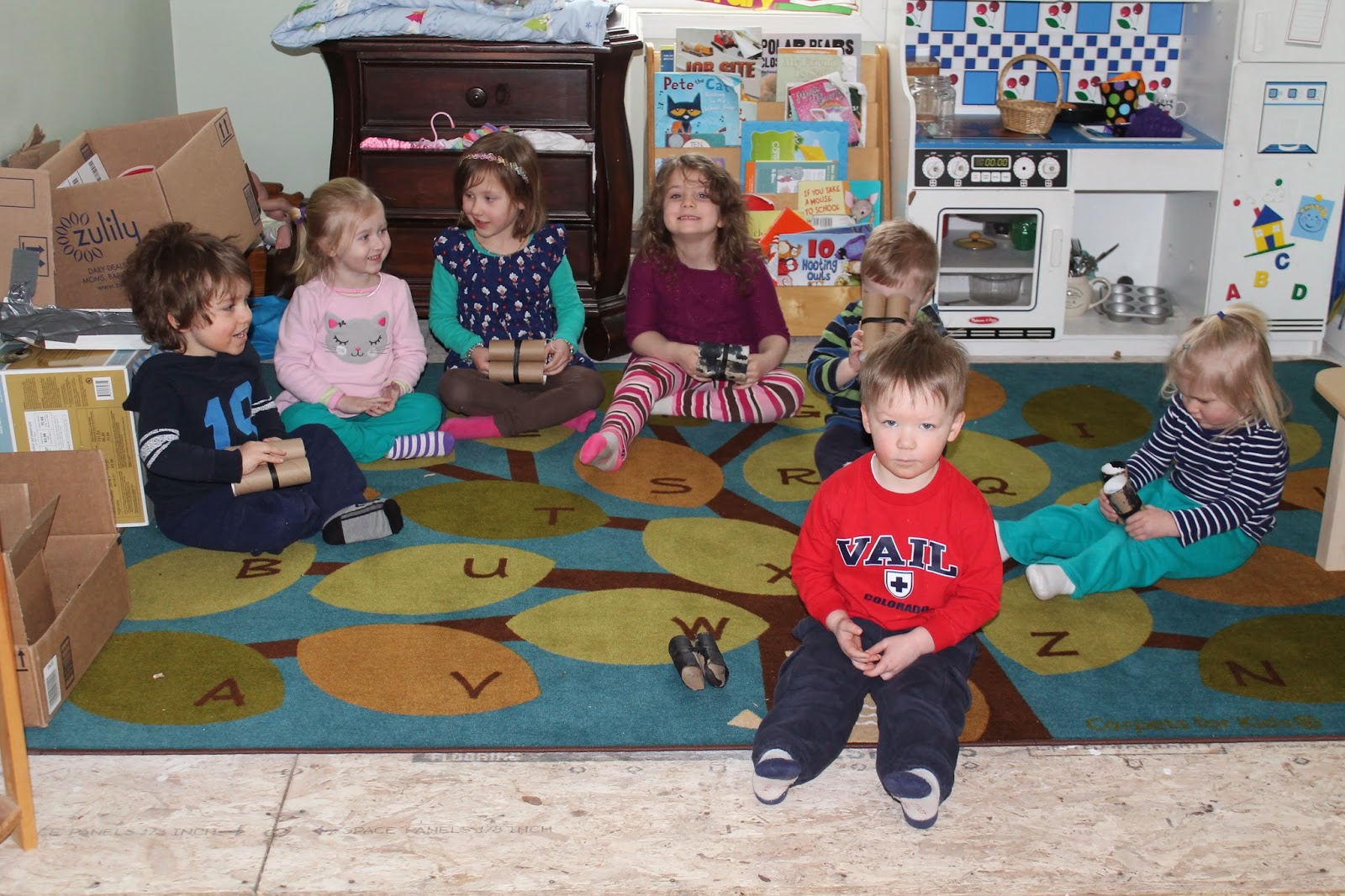 Driving in a jeep to our first safari! 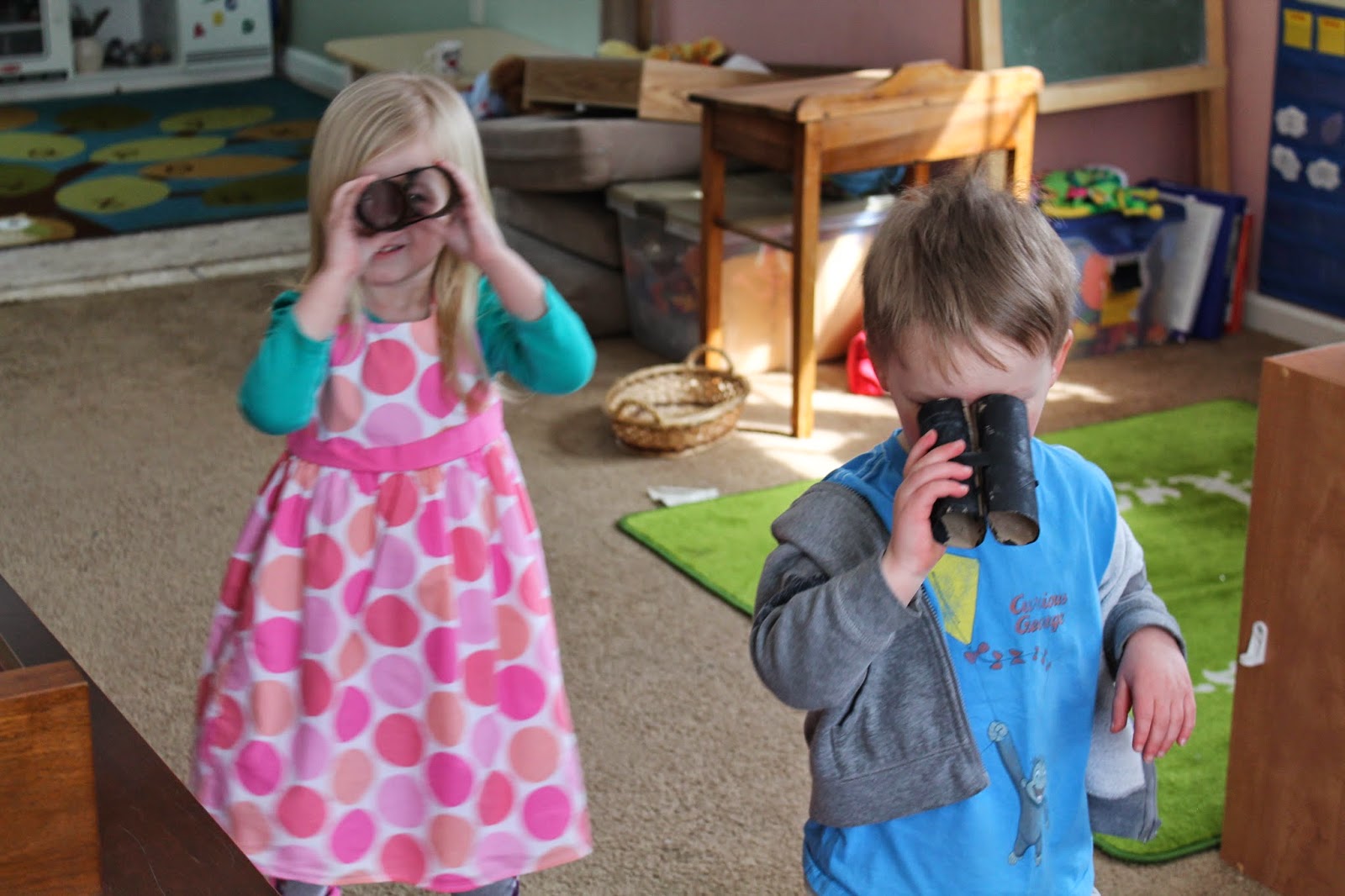 On Safari in the Savannah!  Looking for animals!